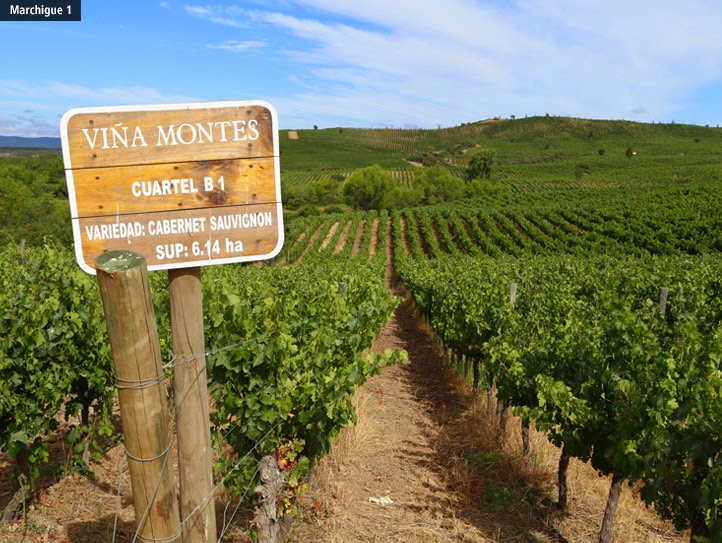 Occasionally, the Goddess of Wine can't make it to a wine event. Luckily, First Acolyte to the Goddess, JD, takes up the slack. Here's his latest report from the field:

Primitivo is a quaint little restaurant in the laid-back beach town of Venice, CA. It is an assemblage, some of which may have been homes at one time. In spite of my long trudge across town, I was the first to arrive and could check out the place quietly while waiting.

The event began on their patio in back with a welcome wine of refreshing Sparkling Brut of Pinot Noir and Chardonnay made in traditional method accompanied by an assortment of delicious passed appetizers, including: croquetas with romesco sauce and a cheese, grape and more combination on crostini.


Once all invitees were assembled we were ushered into a dining room inside, it being too hot to dine outside even in a seaside town, as was originally intended.

After the distributor’s introductory remarks, Aurelio Montes, Jr., the son of one of the founders of Viña Montes and who is also the winemaker at Kaiken, did the presentation. Aurelio studied in the Universidad Católica de Chile’s Agronomy program, majoring in winemaking. He then traveled and worked in many areas around the world (Australia, Napa Valley, Chile) and for several other wineries before finally being invited to join the family winery.

Viña Montes was started in Chile in 1987. Their goal was to raise the level of Chilean wine after years of bulk wine and neglect. They have certainly done so.

Montes Sr. was impressed by a visit to Mendoza, Argentina in 2001. So in 2002 the company expanded across the Andes to Argentina and established Kaiken, named for the wild geese that cross between Chile and Argentina, taking over a winery that had been in existence since 1920 and building on that. The Kaiken winery is in the Vistalba vineyard, closest of their vineyards to Mendoza City.

In Argentina they are able to explore the high altitude flat terroirs of the east side of the Andes. As opposed to much of California of locating vineyards in relation to the sea and distances inland to get zones for particular grapes, in Argentina they generally site vineyards by elevation to get those temperature ranges.

While there is a variety of wood aging for different wines, any wine not in wood is in concrete tanks rather than stainless steel. This can impart a subtle minerality. But a more important benefit for Kaiken is the insulation property of concrete. It helps control the wine temperature, avoiding temperature swings while saving energy.

The first group of wines was led off by a crisp 2012 Terroir series Torrontes with notes of tropical fruit and citrus. This wine, from grapes grown at an elevation of around 6000 feet in the more northern Salta region, was the only one served that did not come from their own vineyards. This was a great start and later turned out to be an excellent palate-cleansing finish too. This group also had a pair from their 2011 Reserva series: a Malbec from Vistalba at 1050 meters/3400 feet elevation, 96% Malbec/4% Cabernet Sauvignon, aged in 60% French oak for 6 months and a Cabernet Sauvignon in the reverse blend of 96% Cabernet Sauvignon/4% Malbec aged in 60% French oak and 40% non wood. The grapes were from 2 different vineyard regions and elevations.

This was accompanied by a plate with a croqueta and a burrata/tomato combo on a crostini.

This was accompanied by a plate with patatas bravas (heirloom potatoes, garlic confit, brava sauce, and aioli) and a tortilla Espanola (carmelized onion, potato, romesco sauce, and more aioli).

Final presentation was a single wine, Mai 2007. Mai means first in the language of the Pehuenches, the indigenous people of Mendoza and is their first icon wine. This is a 100% Malbec blend from all three of their vineyards in Mendoza, some from 80 year old vines. It is aged in 100% new French oak barrels for 18 months.

After these samples, I would love to come back to Primitivo for a meal. I now have an inkling of what some friends have been talking about.

There was an extra bonus of a book about Viña Montes, the Chilean original operation, given to us and while chatting briefly afterward with Aurelio, he was kind enough to sign it. More research material!

Overall I found the Malbecs to have dark rich fruit with delightful spice notes. The Cabernet Sauvignons were leaner, not as noticeable in the nose (to me). Enough tannins to age a bit but not harsh at all. Quite drinkable. Most of the lineup is quite reasonably priced. The amazing Mai, however, is much higher.

No one was sitting to my left, so I took the liberty of sipping the Torrontes that was still there as a fine finish to the meal. Crisp and refreshing to the end.

So, once again, JD has provided a refreshing narrative of a delightful wine event! Stay tuned for more from the Goddess of Wine and JD as we travel through the wine world!


Photos courtesy of Vina Montes and Kaiken websites.
Posted by Goddess of Wine at 7:29 PM