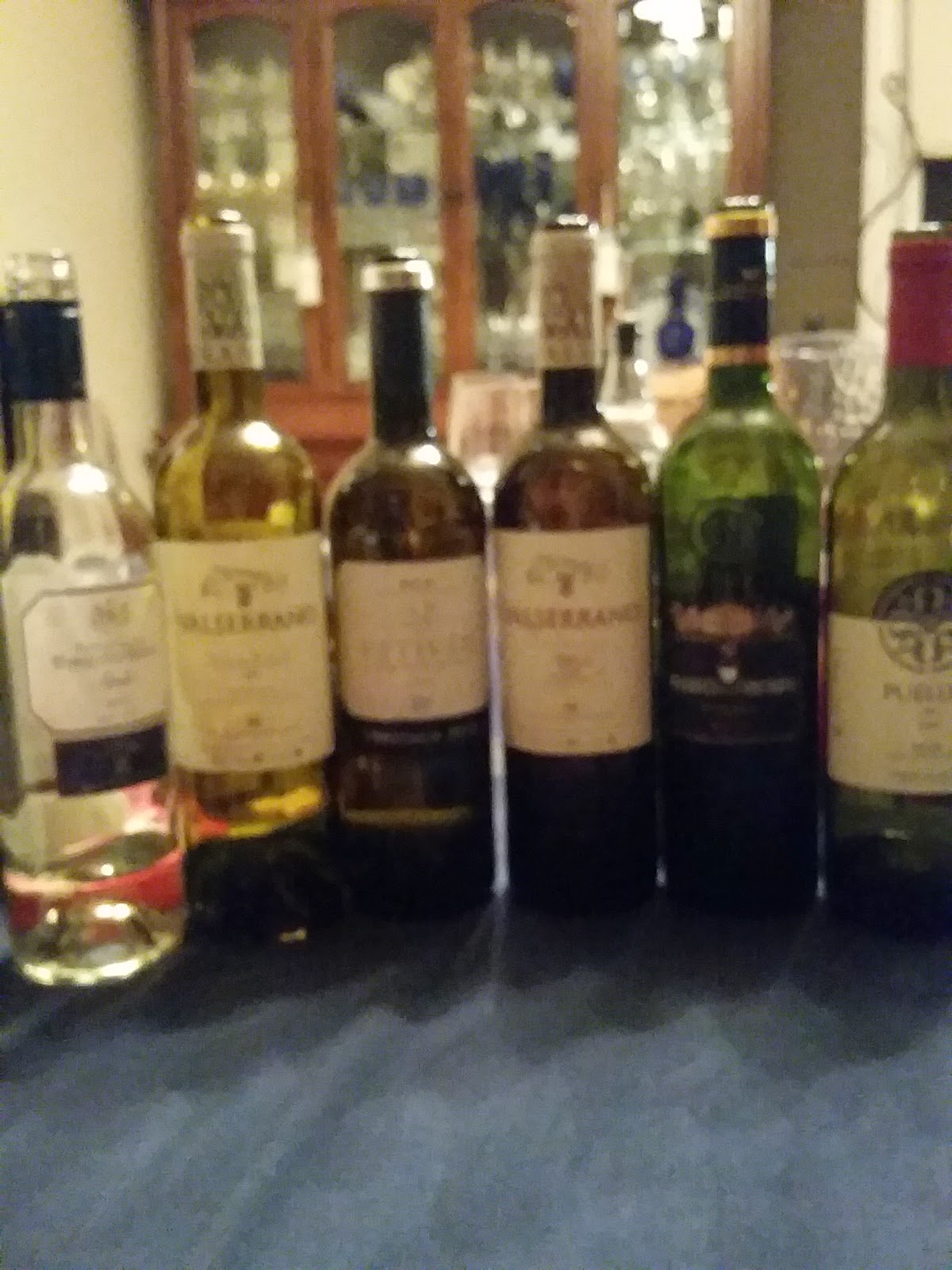 It was getting down to the wire and the Goddess of Wine had still not decided on a wine region to taste, so she thought, "Well, we haven't visited Spain in a while..." and chose Rioja. The group of tasters included First Acolyte JD (new Twitter handle @gowacolyteone), hostess-with-the-mostest Xochitl Maiman, Michelle McCue, Debra Bizek, and lovely-person-we-hadn't-seen-in-way-too-long, Amelia Yokel.

Rioja is a wine region, with Denominación de Origen Calificada (D.O.Ca. Qualified Designation of Origin) named after La Rioja, in Spain. Located south of the Cantabrian Mountains along the river Ebro, La Rioja has a continental climate enhanced by the mountains that help to isolate the region and create a moderating effect by protecting the vineyards from the intense winds that are typical of northern Spain. The region is also home to the Oja river (Rio Oja), for which the region was probably named. Most of the region is situated on a plateau, at about 1,500 feet above sea level. The area is subdivided into three regions - Rioja Alavesa, Rioja Alta and Rioja Baja. Rioja Alavesa and Rioja Alta, located closer to the mountains, are at slightly higher elevations and have a cooler climate. Rioja Baja to the southeast is drier and warmer.

Rioja red wines are classified into four categories.
The wines were a mix of bottles from my cellar and from various stores. We did not taste them blind because...well...just because.

2013 Valsarrano Blanco. A blend of Viura (also called Macabeo) and Malvasia. A clear lemon color with green hues, the youthful nose was full of lemon and floral notes with great minerality and a strangely large amount of oak. Some tarragon and oregano notes balanced the woodiness, with crisp citrus and vanilla on the palate. Michelle thought it was too oaky; others liked it just fine. We thought it would pair nicely with olives and roast chicken and rice. And it did! 13.5% abv $5.99 at Total Wine & More.

2011 Marques de Riscal - turned out to be from Rueda, not Rioja. Oops. A very nice Verdejo with good minerality, resembling a German Riesling with elements of petrol and earth and not overt oak. Michelle liked it a lot. So did I. 13% abv.

2010 Vetiver - back to Rioja. 100% Viura. Clear lemon color, faint lemon aroma on the nose - and something resembling chlorine. Not what you want to smell in wine. Indistinct flavors made it a meh experience. I think the bottle was off.

2009 Valserrano Crianza. A blend of Tempranillo and Mazuelo. Ruby/cherry in color. Oak, cherry and cloves on the nose, with beautiful cloves, earth, spice, orange and smoky peat on the palate. Michelle said it tasted like Scotch whiskey. Xochitl thought it would make a good holiday wine. Pair with rack of lamb or roast beast. Yum! 14.5% abv. $14.99 at K&L Wines.

2007 Marques de la Concordia - The bottle was corked. No wine is supposed to smell like that. Oh well.

1999 Bodegas Puelles Gran Riserva. A Tempranillo blend with a bit of age on it. The color was a little brown - not surprising. On the nose it was just plain goodness. Baking spices, brandied cherries, black pepper, cedar, dried rose petals. Just lovely, lovely, lovely. 13% abv. $19.99 at K&L Wine. Definitely the hit of the evening.

What is always amazing to me is how wallet-friendly Spanish wines can be. Where else can you find a 15-year-old wine that tastes fresh and delicious - and costs under $20?

Next month...I think maybe somewhere in the Southern Hemisphere. Thoughts?

Cheers!
Posted by Goddess of Wine at 3:34 PM