Wining with Distinction in Paso Robles...Part 1

The Goddess and JD hit the road for yet another event, this time what I'm sure will be the 1st Annual Cabs of Distinction, produced by the recently formed Paso Robles CAB Collective. This group has a very specific goal - to make sure that the world knows about Paso Robles Cabernet Sauvignon and other Bordeaux-style varietals. From their website: 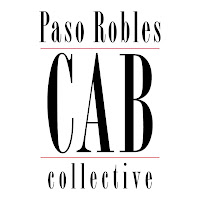 The grass-roots non-profit organization was formed with the belief that the Bordeaux varieties Cabernet Sauvignon, Cabernet Franc, Merlot, Petit Verdot and Malbec grown in the Paso Robles appellation—and the subsequent quality of the wines produced—is under-represented in the marketplace and across the wine industry. The PRCC seeks to improve awareness regarding the distinctive attributes of Paso Robles Cabernet and red Bordeaux varietals through events, education and initiatives that confirm the appellation’s growing reputation for producing luscious, well-rounded Bordeaux wines that compete with like varietals on a global stage.


There have already been a LOT of blogs and articles about this excellent event, as many writers are faster than the Goddess in posting, so let me state without qualification: I've been drinking Paso Cabs and Bordeaux-style blends since the mid-1990s, and as much as I adore the Rhone varietals and Zinfandels that have taken up a lot of the public consciousness in the last few years, it was Cabernet and red blends that made me fall in love with Paso.

Friday afternoon, we attended an 'en primeur' or barrel tasting of the 2012 Paso Cabernets. None of these wines were ready to be drunk, but once they are blended and aged - or aged and blended - there will be some lovely wines to take home. For me, the best part was being able to meet the winemakers and briefly find out what they hoped to accomplish with this vintage and vintages to come.

Highlights of the 'en primeur':
After the tasting, we moseyed south to Templeton for a wine dinner at Ian McPhee's Grill. We've eaten there many times, but never like this.
If you can stand it, all the pictures are posted on my Facebook page, as I was Tweeting them as they were delivered, but here's a teaser:

Yeah, it was memorable!

Even better, the winemakers, including Paso's grand old man, Gary Eberle, joined us for dinner, so we got to hear about the wines and wineries as we dined. Many thanks to Patricia Bello of B&E Vineyard, Mike Mooney of Chateau Margene, Gary Eberle, Don Brady of Robert Hall Winery, and Jim Gerakaris, CSW, of Justin Vineyards & Winery.

So thanks to all who put together a truly delightful pre-event event!