More random thoughts at the end of the year... 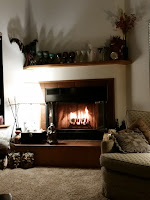 It's that time of year when we examine the year-gone-by. It would be easy to talk about the obvious changes and accomplishments of the year, but I need to talk about grief; that comes with both loss of loved ones and with change.

We lost a lot of family this year. My sister, who was strong and active and the ultimate caregiver, had given so much of herself that there was nothing left of her. Over the last few years, she had slowly starved herself to the point of physical breakdown, and not enough of us had realized how lost she was. Her birthday is coming up on Christmas day, and I really don't know how to celebrate her life at this moment. Our relationship was complicated, what with 15 years between us. We had become very close during the years our mom needed assistance, but when Phyl herself was in trouble, she pushed me away. She died February 16th, in hospice, at home.


JD and I spent most of the year cleaning and decluttering and moved ourselves to the hamlet of Los Osos, greatly in order to be near JD's dad, Jim Dickey (another JD!), who was living in a board-and-care. At 98 years of age, widowed the October before, and severely crippled from a stroke, he was getting frailer each time we saw him. We moved out of Burbank on August 24th, moved into Los Osos on the 25th, and Jim died on the 26th. John was able to spend a good amount of time with him the last couple of days, but we wished he could have waited a week or so before leaving us. He was just ready to go, refusing medical treatment at the end. JD is dealing with the loss quietly, as he does everything, but it overflows occasionally, surprising him.

We threw ourselves into unpacking and fitting into our new community. On September 20th, my cousin, June, posted that her mom, my aunt Millie, the youngest of the Herzog girls, had died at age 92. Sylvia, Edythe, and Millie, all gone now. Millie and I weren't close, mainly because she and my mom, Sylvia, were always mad at each other. Always. They never resolved whatever had caused them to part ways. Mom was still complaining about her baby sister, even when she was deep in dementia, and the last time Millie and I spoke - at Passover - I had to stop her from saying things about Sylvia. Mom died in 2008, and Millie was still angry about...something. If there is an afterlife, they're probably still arguing.

Tragically, June's husband, Ralph, who had been struggling with many health issues for a long time, also had nothing left to fight with, and died in November, just before Thanksgiving. Ralph was a good and loving man, and a great loss to his family. Luckily, June is surrounded by children and grandchildren, siblings and friends.

In the middle of all of this, a young friend, Anabel, took her own life. JD and I met Anabel when she was working for the D'Argenzio family in their Enoteca in Burbank. We liked her spirit and humor, and when we found that she had moved to the Santa Ynez Valley, we were delighted that we saw her occasionally and were able to share wine and stories. The last time we saw her was at this year's Cab Collective event in Paso. She was as beautiful and quirky as ever, refusing to fit into anyone else's ideas of whom she should be. I knew she was trying to find her way; I didn't realize she was in despair. The outpouring of grief and disbelief from the wine and food community was proof of the number of lives she had touched. I wonder, if she had known, would it have made a difference?

So, it's the end of the Year of Change, as I dubbed it back at the beginning of the year. And while I'm happy that we've moved to this beautiful place, I'm grieving for the life I left behind. I miss my Wineaux, although Shawn and Xochitl and Barry came up to visit briefly, and Debra will be here after Christmas. I miss the easy availability of my pals; Facebook and email, and even the occasional phone call, do help, and we're beginning to make new friends here, but it's still a loss. It took me by surprise after we had been here for about five or six weeks, and suddenly, I came to a stop. Couldn't focus. Couldn't write. Didn't want to leave the house. Was angry at Phyllis for dying because I still wanted to talk to her. Missing mom more than ever.

So, I stopped. Sat quietly. Read. Watched a bunch of TV.

I recognize the feelings. It's a temporary depression because there's been a lot of change this year. I'll be fine.

Tonight, we're sharing dinner with new friends at Thomas Hill Organics in Paso. There will be lots of great food and wine and conversation. The calendar is filling up with more friends and events. Plans are underway for new Goddess of Wine talks and classes.

The future is wide open.

Cheers to you all - Hannukah is over, but the Winter Solstice, Christmas, Kwanzaa, and the New Year are all ahead! See you all in 2016! 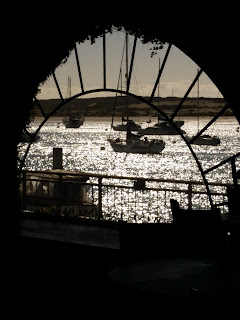 Hi Sweet Cuz: Just saw your posting about your past year, and wanted to let you know that I wish I could come up right now and give you a hug. We both have lost so much this year. Thank you for the kind words you wrote about Ralph. He was indeed a sweet, wonderful man who just had so much illness at the end of his life, and he was exhausted from trying to overcome everything hitting him. It is so sad that our Moms couldn't resolve whatever their conflict was. Such a waste of anger and bad feelings. Mom did not know the meaning of "forgiveness", and that was a definite flaw in her personality. I miss her, though - very much. Dealing with the loss of a Mother and Husband in the short span of 2 months is hard to deal with, but I'm trying to do the best I can. Wishing you and JD a very Happy New Year, and hoping this new year will bring me up to Los Osos to pay you a visit. Family is family - and you are part of mine - and I need you in my life. Love you.

Both our moms didn't know how to forgive or forget. They were much more alike than either of them wanted to admit! Come anytime! The guest room awaits. Love you back, dear cuz!

Thank you, Denise, for sharing this beautiful piece, and reminding me what's most important in our lives: To love. Laurie

Thanks for your kind words, Laurie. Life is uncertain at best, so I try to surround myself with positive, kind, and fun folks to keep my balance. Every moment gets more precious. Hope to see you soon!