Wining in Burbank with KCET and Vintage TV: Napa Valley 2012...

The Goddess of Wine and JD were invited to an intimate tasting at KCET headquarters in Burbank to meet three Napa winemakers who participated in Vintage: Napa Valley 2012, a six-part series airing nationally on public TV in the US. This series takes viewers behind-the-scenes at three Napa Valley wineries during the 2012 harvest season.

We were treated to a short "sizzle" segment of the series along with the lovely wines created by these exceptional winemakers, followed by a Q and A session. Interestingly, all three women came to wine via science, providing all of them enhanced perspectives on the science - and magic - of winemaking. 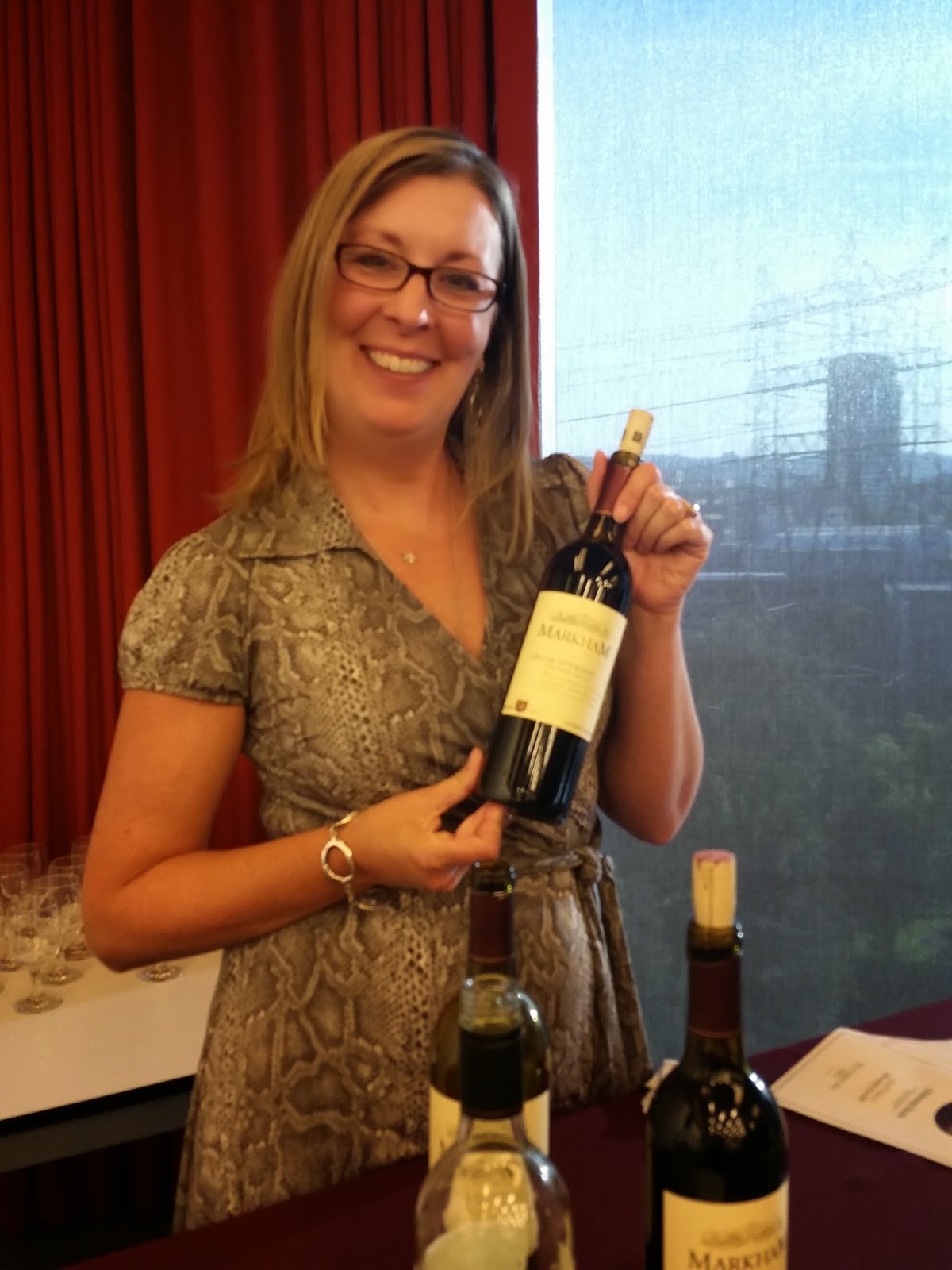 Kimberlee Nicholls is the winemaker at Markham Vineyards. After graduating with a degree in Biology from Willamette University, Kim moved to California. Her desire to use her biology degree led to the position of laboratory technician at Napa Valley's Stag's Leap Wine Cellars in 1989. In 1993, Kim came to Markham Vineyards as enologist to establish an extensive laboratory program. Kim's passion for all things wine led to her appointment as winemaker at Markham Vineyards in November 2001, where she continues to make wines of exceptional quality. 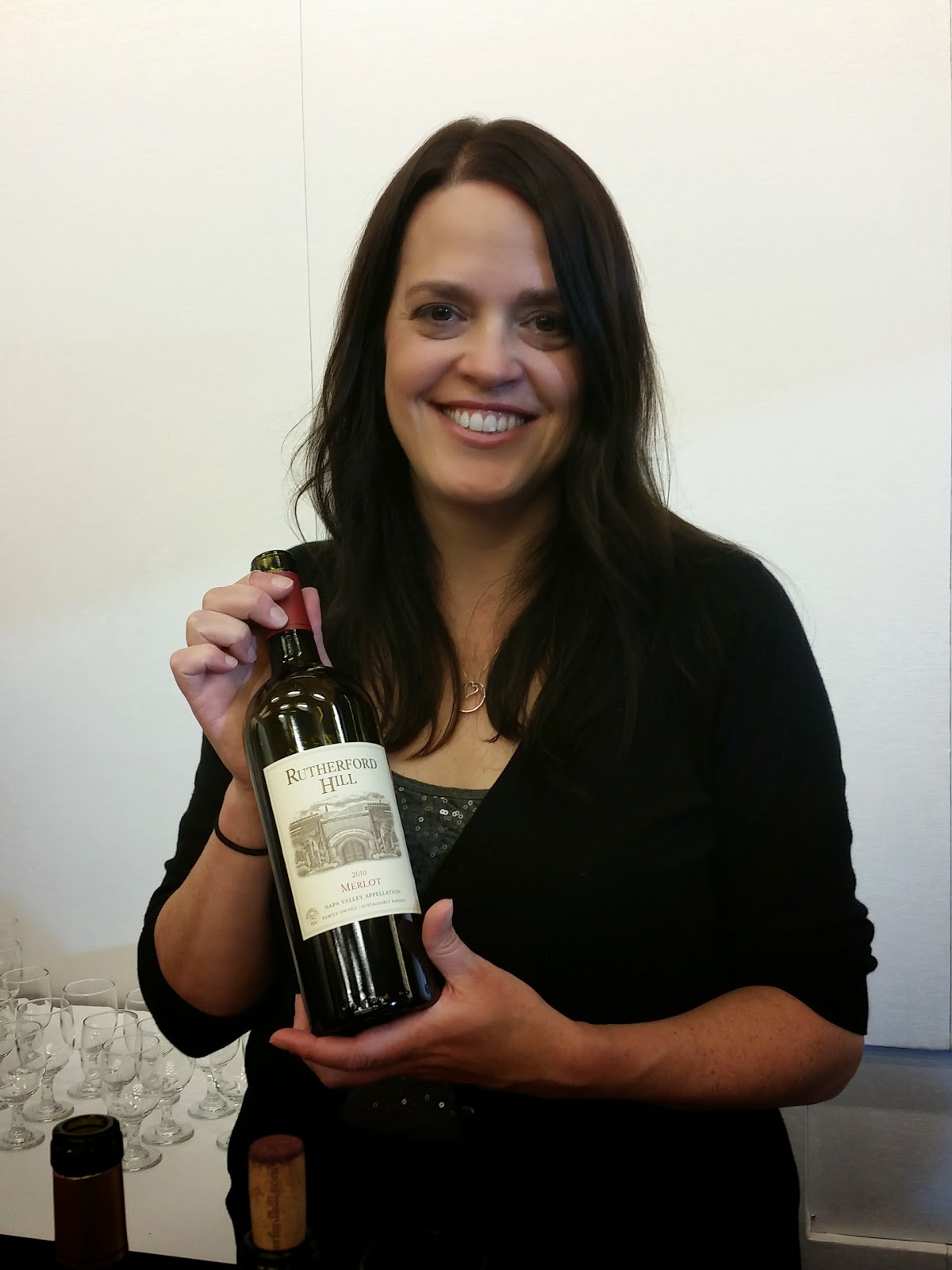 Marisa Taylor is the winemaker at Rutherford Hill. She grew up in neighboring Sonoma County. There is a tight family atmosphere at the winery which includes Marisa's young son Ian, who is a frequent 'helper' at Rutherford Hill (and who is featured in the series). Marisa was making her own wine by age 25, using Pinot Noir from Carneros. She graduated from the University of California in Davis, first with a B.S. in Chemistry and then an M.S. in Food Science-Enology. A self-described "lab rat," Marisa continues to have a passion for the analytical detail needed for monitoring yeast cultures, barrels, fermentation, blending and bottling. After stints in the lab at Piper Sonoma and J Winery, she became an enologist at S. Anderson Vineyard in Yountville, where she learned to make Cabernet Sauvignon, Merlot and sparkling wine. 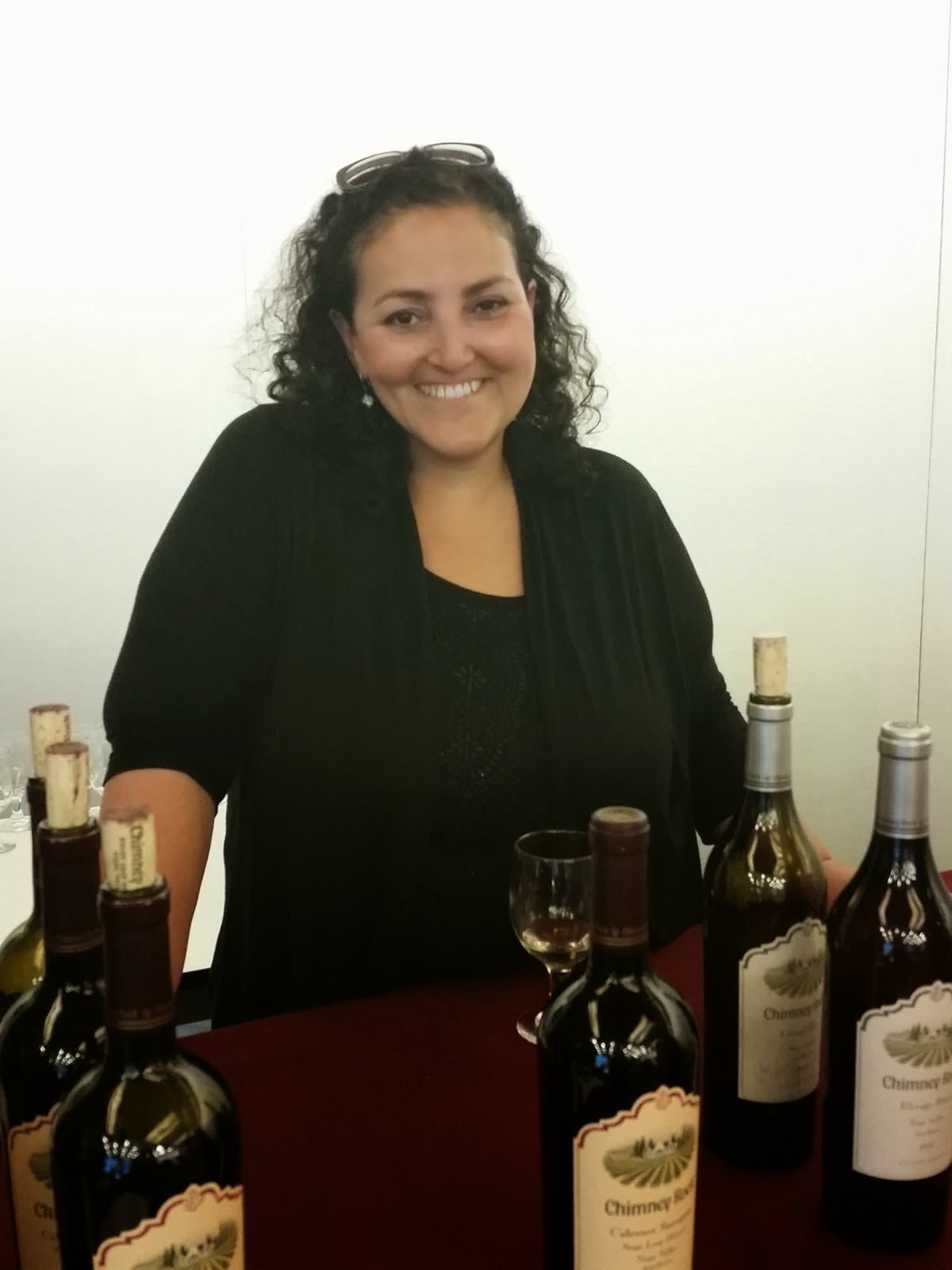 Elizabeth Vianna is the winemaker at Chimney Rock, a "Cab House" on 100 acres of estate vineyards in the heart of Napa's Stag's Leap district. Elizabeth is originally from Brazil and came to Napa via New York, where she was worked as a clinical toxicologist. A biology major at Vassar College, Elizabeth first fell in love with wine as a consumer. Elizabeth came to Chimney Rock as a harvest intern in 1999, while completing her Master's degree in enology at U.C. Davis. After graduation, she became an enologist at Napa Wine Company and was soon named assistant winemaker there. Elizabeth was named to the position of assistant winemaker at Chimney Rock in January 2002, becoming the winemaker in 2005. In 2009, Elizabeth was honored by the University of California – Davis School of Graduate Studies when she was invited by the Dean of Graduate Studies to deliver the commencement speech. She has also served as President of the Stags Leap District Winegrowers Association.

It was also a treat - and an honor - to meet Val Zavala, Vice President of News and Public Affairs at KCET, and anchor of KCET's weekly award-winning newsmagazine, "SoCal Connected." She has been at KCET since 1987 playing a vital role in the long-running newsmagazine, "Life & Times," as well as other news programs and specials. Oh, and I'm a big fan.

So many thanks to Ayn Allen, KCET's Senior Manager of Corporate Communications, for her invitation to this delightful event!

Wow! What a great experience! I'm jealous! Betting you could be the KCET wine educator...maybe doing classes for them too soon?

From your keyboard to their...eyes? I like the way you think, Eve!